During this difficult time please: wash your hands often with soap, stay at least 2 meters away from other people and wear a mask (face covering) to prevent spread of the coronavirus. 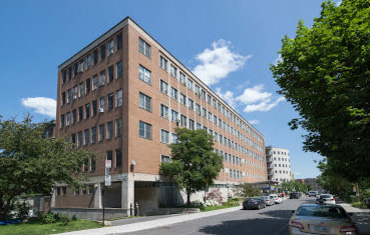 Two years later, the GMF QE, an affiliation of family doctors, was created and included the MUHC Family Medicine (Marlowe site), Roper Clinic and Hillside Clinic in Westmount. The following year, in 2009, the QE Urgent Care walk-in clinic was opened 7 days a week to the general population including those who are and who are not registered to the GMF QE. The clinic was intended to offer healthcare services to local residents in need. The additional services, such as imaging (x-rays, ultrasounds, mammograms), laboratory, pharmacy, consulting specialists, available at the QEHC permitted for an ideal location to establish a walk-in clinic. Today, the walk-in clinic gets more than 30 000 visits a year!

In 2011, due to increased demand, the QE Primary Care Clinic was created and added to the GMF QE group and is situated in the QEHC on the Northcliffe side on the first and 3rd floor.

The GMF QE is comprised of over thirty family physicians, in addition to nurse clinicians, nurse practitioners, nurse assistants, social workers, nutritionist and one pharmacist, all the while working closely with specialized healthcare professionals. Together, we strive to offer a holistic approach to patient care offering accessible services to our patients.

In addition, ever since 2013, our sites have been a training facility affiliated with McGill University welcoming family medicine residents and students in medicine to study, train and become our next leading physicians. In April 2017 we became an independant Family Medicine Training Unit of McGill University called the GMF Reine Elizabeth Universitaire (GMF-U en cabinet privé).